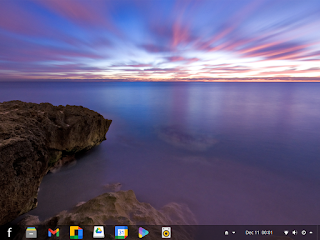 Today we have a very special release for you guys, Freespire 8.0 with the GNOME desktop.  A freespire build with the GNOME desktop has been the most requested build that we have ever received.  We do not like to release anything unless we think its functional, beautiful and ready.  We released Freespire 8.0 last week to much fan fare.  It was our most successful release to date.  We have been working on the GNOME release for months and a testing issue kept us from releasing it with the XFCE build.  This GNOME release is identical to the GNOME desktop release of Linspire.

The GNOME release does not mean we will stop making an XFCE build.  We will be doing both parallel with one another.  Our GNOME release is based on GNOME 3.36.8.  With Freespire 10 we will be moving to GNOME 4.  Our GNOME desktop features a single panel with app launchers and "show applications" button which brings you to the App drawers. 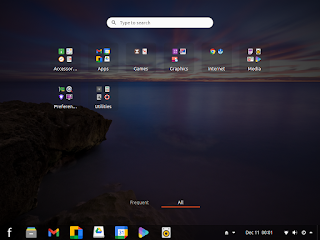 For flexibility, users can switch back to the traditional GNOME desktop through the tweaks application.  Aside from the desktop and a more recent kernel build the Freespire GNOME release is identical to the XFCE build. and focuses on web centric applications though traditional desktop applications are available through the software center.

as with our traditional Freespire releases aside from Google Chrome there are no proprietary codecs or drivers included although they are available through the software center. 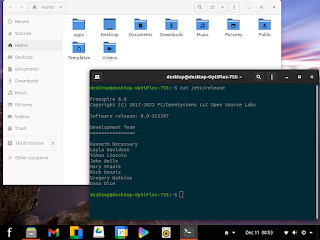 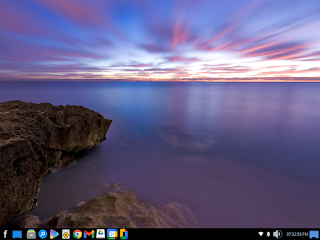 Today, the PC/OpenSystems LLC FOSS development team has released Freespire 8.0, an update which delivers much needed system enhancements and security fixes. Once again we have let users decide; they have spoken, and we have included all the most requested Google services; Calendar, Docs, and Gmail. For more traditional use cases, Freespire core has not changed at all : it’s still a full featured desktop OS, with all of the applications and resources of the Ubuntu repositories available as always. To repeat : Freespire does not incorporate any proprietary media codecs; aside from the use of Google Chrome there are no other vendor-specific software applications pre-installed at all.
Freespire 8.0 features a new stable kernel which fixes bugs / broadens hardware support. Google Chrome version 96 includes security patches and other general browser improvements. We have upgraded Xfce 4.16, X11, Samba and other system fundamentals including non-UEFI and secure boot systems.. 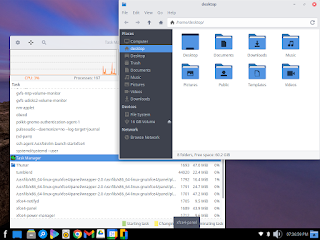 The distribution includes :
XFCE Desktop 4.16
Kernel 5.4.0-91 LTS
Google Chrome 96
Ice SSB
Kpatience
Dreamchess
Gmail
Google Docs
Google Drive
Google Calendar
Google Translate
Google News
Kolourpaint
Video Player
Rhythmbox
Plus several other security and feature updates. In step with keeping the distribution as close as possible that we can get to the definition of free software no proprietary multimedia codecs or drivers are enabled but are available via the repositories.  We provide an ISO that you can "burn" to a USB key or DVD media.  To create a USB key you can use the following programs:
Ubuntu Startup Disk Creator (Ubuntu, Linux Mint, Freespire, ElementaryOS)
Unetbootin (Linux, Windows)
Balena Etcher (Linux, Mac, Windows)
Rufus (Windows)
You can download the ISO from here:
https://distro.ibiblio.org/blacklab/freespire/8/freespire-8.iso
https://distro.ibiblio.org/blacklab/freespire/8/freespire-8.iso.md5
https://distro.ibiblio.org/blacklab/freespire/8/freespire-8.iso.sha256
If you have bandwidth caps or would like to support Freespire you can purchase a copy here 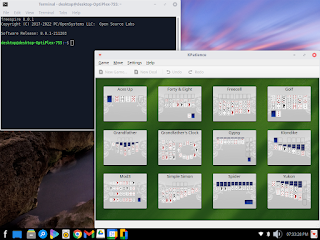 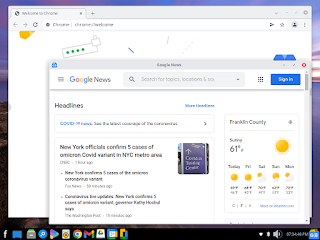 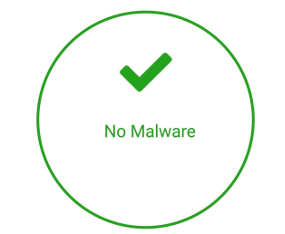 Freespire contains no malware. This includes no object code that transmits your personal information and no surveys for any monetary gain. If you find any inappropriate behavior contact us below.

Official Sponsor of the Freespire project

freespire like all other Linux distributions is manufactured by a small group of developers. When you donate to the freespire Project you are helping us pay for server space, domains, replacing aging equipment. You can donate from $2.00 to as much as you wish to donate.

About the Freespire Operating System